The DSWD – 4Ps Regional Program Management Office conducted an online talk show dubbed as “BABAETaktakan: Stories of Empowerment in line with the celebration of the National Women’s Month

Four women were selected, one from each province of the region and were dubbed as Juana Malakas. They confidently shared their stories of empowerment – how they braved the challenges of being a woman.

Rocelle Atienza of Bangui, Ilocos Norte got married at the age of 17. She had to take care of her child on her own when her husband passed away at the age of 29. “Kailangan kong maging matatag at malakas para sa aking anak at sa mga taong umaasa sa akin (I have to be strong for my child and for those who are depending on me),” she tearfully stated. That is why according to her, she is a “stone” representing her strength that is established in a stable ground and hardened by her experiences as a solo parent.

Frontliner Leonida Cabudoc chose to offer her time to serve the community in Burgos, Ilocos Sur during the pandemic. She uttered, “Kailangang tulungan ang mga nangangailangan. Masaya akong sila ay natutulungan. Napapalakas ko sila dahil sa aking pagmamalasakit (It is a must to help those who are in need. I am happy to serve them. My sincere concern for them gives them more motivation to keep going).” As a frontliner, she is responsible for spreading the right information for the guidance and safety of her constituents. That is why, she likened herself to a “Radio.”

Being a solo parent is a great challenge for Plesma Burcio of Santol, La Union. She always strives to make ends meet while raising her two children well. She considers herself a “torch” because she serves as a guiding light to the path of her children towards their dreams. “Napalakas ako bilang isang solo parent dahil sa Family Development Sessions. Kahit mag-isa ako, kaya kong buhayin ang aking mga anak (Family Development Sessions empowered me as a solo parent. Though I am alone, I am able to support my children),” she confidently said.

“Ako ang nagsisilbing boses at sandigan ng mga kababaihan sa aming komunidad (I serve as the voice and the person whom women can rely on in our community),” Barangay Councilor Marife De Guzman narrated. She never gets affected of those who rejects her; instead, she always gives her best shot which paved way to her third term in Aguilar, Pangasinan. According to her, a barangay official is like a helmet which ensures protection against any form of harm.

These are the proud faces behind Juana Malakas that serve as an inspiration to their fellow women. The DSWD – 4Ps Regional Program Coordinator Rosalyn Descallar extended her appreciation to these Juana Malakas. She said, “Hangad ng 4Ps na maiangat ang kabuhayan ng bawat sambahayang benepisyaryo nito sa pamamagitan ng pagbibigay ng nararapat na tulong, serbiyso, at kaalaman sa bawat sambahayan, kasama dito ang mga kababaihan. Napagtagumpayan ninyo ang lahat ng inyong mga pinagdaanan at ito kayo ngayon, taas noo ninyong sinasabing “Juana Malakas ako, kinaya ko, kaya ko, at kakayanin ko”. Ipinagmamalaki kayo ng programa! (4Ps aims to improve the level of well-being of each household beneficiary, including women. You were able to surpass all your challenges and here you are now proudly saying, “I am Juana Malakas, I made it, I can make it, and I will make it”. The program is proud of you!)” (by: Jaesem Ryan A. Gaces, Information Officer II/Pantawid Pamilya) 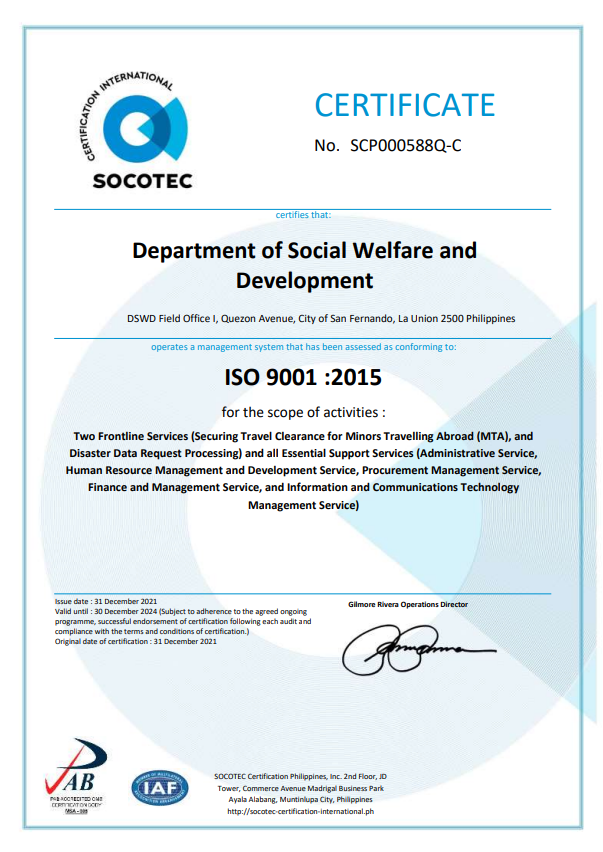