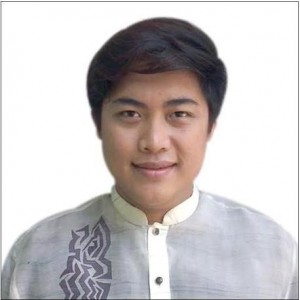 The Pag-asa Youth Association of the Philippines (PYAP) opened doors for an ordinary youth to DSWD’s activities which later made him appreciate the Social Work profession and the government service.

Richard Antimano Dizon is among the youth whose struggles led to better appreciation of government services at the City Government of Urdaneta, DSWD, and Department of Agriculture.

As he recalls, Richard was challenged and motivated by the difficult circumstances in his life. His mother who was diagnosed with Nephroclerosis Stage V Secondary to Hypertension caused him to stop his schooling and joined the PYAP in 2012.

PYAP encouraged him to render volunteer services to the Local Social Welfare and Development Office which revealed his potentials and determination to access services relevant to his capacities. He passed the Civil Service Examination Sub-professional Level in the same year.

Opportunities to earn additional income came when he was hired as enumerator of DSWD’s Listahanan and survey of the Department of Agriculture. “I learned to be more persevering,” Richard said. The hard times he experienced in reaching a mountainous remote community with very few households is incomparable. The wage per accomplished household assessment form was no longer the motivation but the experience relating with the people and letting them get a feel of the government services given them. He stayed in these communities for three weeks.

He was also trained as evaluator for Early Childhood Care and Development Center-based Programs by the DSWD Field Office 1. Joining other accreditors, he assessed and visited at least 100 centers and workers in the Province of Pangasinan.

His leadership was also honed and tested. In 2013, he was elected as the President of PYAP Urdaneta City Federation. Since he was observed to be among the most active youth leaders in the City, he represented the Youth Sector in the City initiated meetings such as Local Council for the Protection of Children, Local Poverty Reduction Action Team (LPRAT), and Bottom-Up Budgeting.

He advocated the welfare of the youth. With his participation in the LPRAT, the 20-day work for 100 youth through Government Internship Program was realized in the amount of Php 600,000.00. Each youth worker received Php 300.00 a day as minimum wage.

His leadership was tested when he patiently worked for the re-activation of all the chapters of PYAP in Region 1 being the Regional President and National Vice President. He became an advocate for the youth and continued to inspire others with his story.

With the appreciation to and great inspiration from the Department and its professional discipline, he is now on the last year of his degree in Social Work and looking forward to become a Social Worker. He believes that he has the purpose to influence others by inspiring them. Whatever circumstances that may hinder him to become successful, nothing can stop him because if it is God’s will, it will be done.

He strongly encourages his fellow youth to have an initiative and start the change with themselves for a better tomorrow.

With all these achievements, the perspective of a leader has changed him. His self-centeredness turned into committed leadership prioritizing the welfare and interest of the out-of-school youth. “The trust and confidence of my fellow youth motivates me not to be neither ashamed nor fearful but rather continue to advocate for the furtherance of the youth,” Richard said. (by: Iryn D. Cubangbang, DSWD FO1- Information Officer II)